Cedar Falls constructed a levee in 2000, to reduce the risk of flooding downtown. The height of the existing levee is 102.9’. In June of 2008, the City of Cedar Falls experienced record flood levels when the Cedar River crested at 102.13’. These record flows brought concerns about the existing levee’s protection level. The levee helps to protect the city’s Water Reclamation Facility, Public Library, City Hall, and many local businesses and residences. Therefore, after the flood of 2008, increasing the flood protection level became a top priority for the city.

At the end of 2011, the city hired a consultant for preliminary design and modeling of the Cedar River. For two years, this initial work involved much coordination with the U.S. Army Corps of Engineers. By early 2014, the city’s consultant started final design and the work to obtain permits from the Corps. Extensive hydraulic modeling of the river was completed—following all U.S. Army Corps of Engineer’s design standards—to determine the proposed increase in the levee protection level would have a “no rise” condition for properties upstream, downstream, or across the river. Approval was issued on June 28, 2017, to allow increasing the levee height to 104.9’.

Another record flood occurred in September 2016. It was the second highest on record at 98.9’. Sandbagging efforts and Hesco barriers were constructed, due to higher predictions and concerns it might be close to topping the existing levee (102.9’).

Construction to increase the levee height is anticipated to begin as early as October and continue until mid-November. If weather permits, work may occur later into November or December. A majority of the construction will occur in 2018, starting as early as possible in the spring. It is expected to last through the summer and into the fall of 2018.

The project is different in various sections. Near the Ice House Museum the earthen levee will be reduced by a foot; a 3’ wall will be constructed there. In areas that already have a wall, an additional 2’ will be added. The added wall will match the existing wall. At the southern end of the project, south of 9th Street, an earthen berm will be constructed.

The City of Cedar Falls received a grant from the State of Iowa’s Flood Mitigation Program totaling $6,700,000. The grant covers the design, land acquisition, and construction. 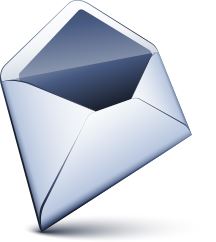